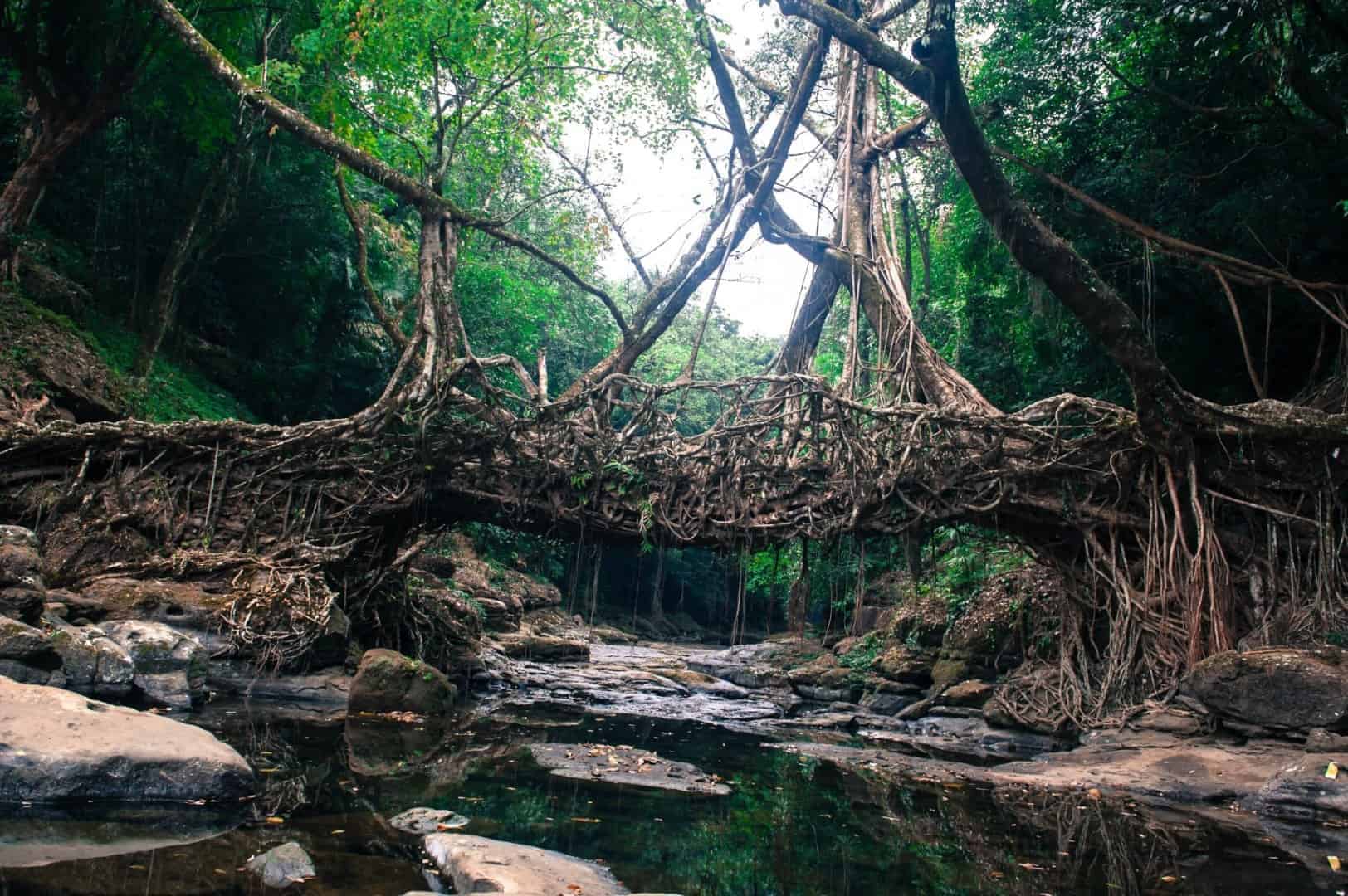 Mawlynnong – The Cleanest village in Asia

Mawlynnong, popularly recognized as the cleanest Village in Asia, is also called as God’s Own Garden. After all, cleanliness is godliness.

While Nature has blessed every inch of our world with unique beauty, it has been our habits and disrespect that has transformed the heavens into a living hell. In this context, Mawlynnong Village sets an example that needs to be followed by one and all.

The Living Root Bridges in Mawlynnong have been declared a UNESCO World Heritage Site. Hanging on a river, the bridges are made by connecting the aerial roots of one massive rubber tree with another. They are handmade from the aerial roots of rubber fig trees (Ficus elastica) by the Khasi and Jaintia people of the mountainous terrain along the southern part of the Shillong Plateau. A living root bridge is formed by guiding the pliable roots of the Ficus elastica tree across a stream or river, and then allowing the roots to grow and strengthen over time until they can hold the weight of a human being. The young roots are sometimes tied or twisted together, and are often encouraged to combine with one another via the process of inosculation. As the Ficus elastica tree is well suited to anchoring itself to steep slopes and rocky surfaces, it is not difficult to encourage its roots to take hold on the opposite sides of river banks. It takes around 15-20 years for a new root bridge to become strong enough to bear the weight of people crossing it. Mature bridges stretch 15 to 250 feet over deep rivers and gorges, and can bear impressive loads—upwards of 35 people at a time.

As they are made from living, growing, organisms, the useful lifespan of any given living root bridge is variable. It is thought that, under ideal conditions, a root bridge can last for many hundreds of years. As long as the tree from which it is formed remains healthy, the bridge will naturally self-renew and self-strengthen as its component roots grow thicker.

Matching the gifted natural beauty with extreme cleanliness, the village has achieved 100 percent literacy rate and a women empowerment scenario that the rest of the world can only dream of.

The children of the family get their mother’s surname, and the wealth is passed down from the mother to the youngest daughter of the family. Is there any better example of women empowerment?

Monsoon is the best time to visit this beautiful place.