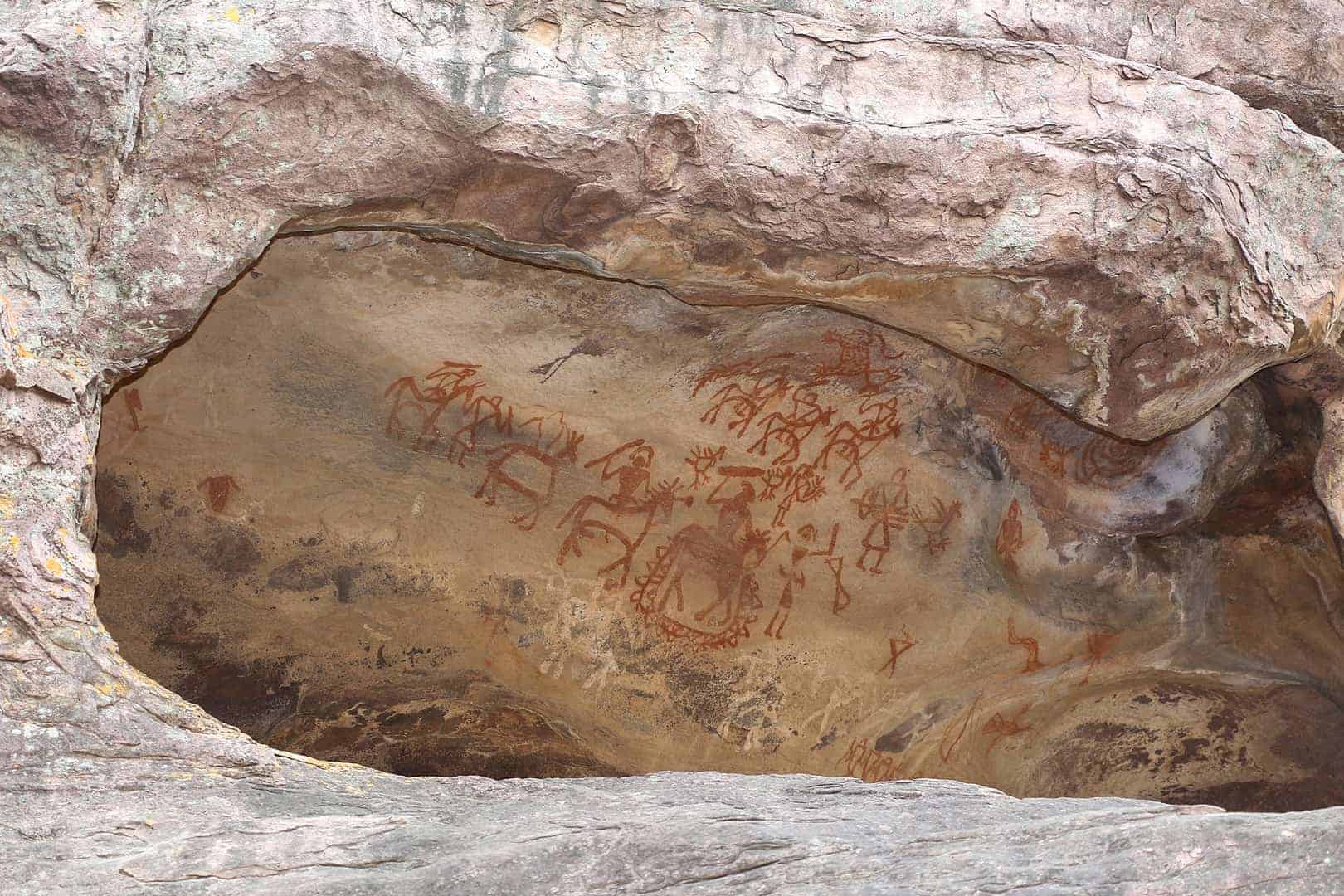 Painting is an artist’s expression of the world around her and has been one of the most effective tools to communicate with our fellow beings.

It is no surprise then that our stone-age ancestors were equally apt at communicating stories through simple hand drawings. Many sites have been found around the world that has preserved these early form of art.

One such rare site and India’s oldest was discovered by Dr V. S. Wakankar in 1957 at Bhimbetka Rock Shelters at the foothills of Vindhyachal Hills – 45 km from Bhopal in Madhya Pradesh.

Located at the foothills of Vindhya Mountain Ranges and surrounded by dense forest, these naturally carved rock shelters are an archaeological treasure that is a must-visit.

The Bhimbetka shelters exhibit the earliest traces of human life in India; several analyses suggest that at least some of these shelters were inhabited by human beings for over 100,000 years.

Some of the Stone Age rock paintings found here are approximately 30,000 years old. The artists recorded scenes from the everyday lives of the people who lived in the rock shelters; for example, hunting, cooking, eating and drinking. They left paintings of religious symbols and rites.

The paintings also have a striking resemblance to the ones discovered in Kakadu National Park in Australia; to the cave paintings of Bushmen in the Kalahari Desert and Upper Paleolithic Lascaux cave paintings in France.

Interestingly, one of the paintings of an enormous Red Bison attacking a Man is only visible when the Sun is just right.

But perhaps the most fascinating aspect of these paintings is the fact that without any sophisticated pigments and knowledge, these simple paintings coloured probably with vegetable dyes have endured over 3 millenniums.

Could it get any more fascinating?