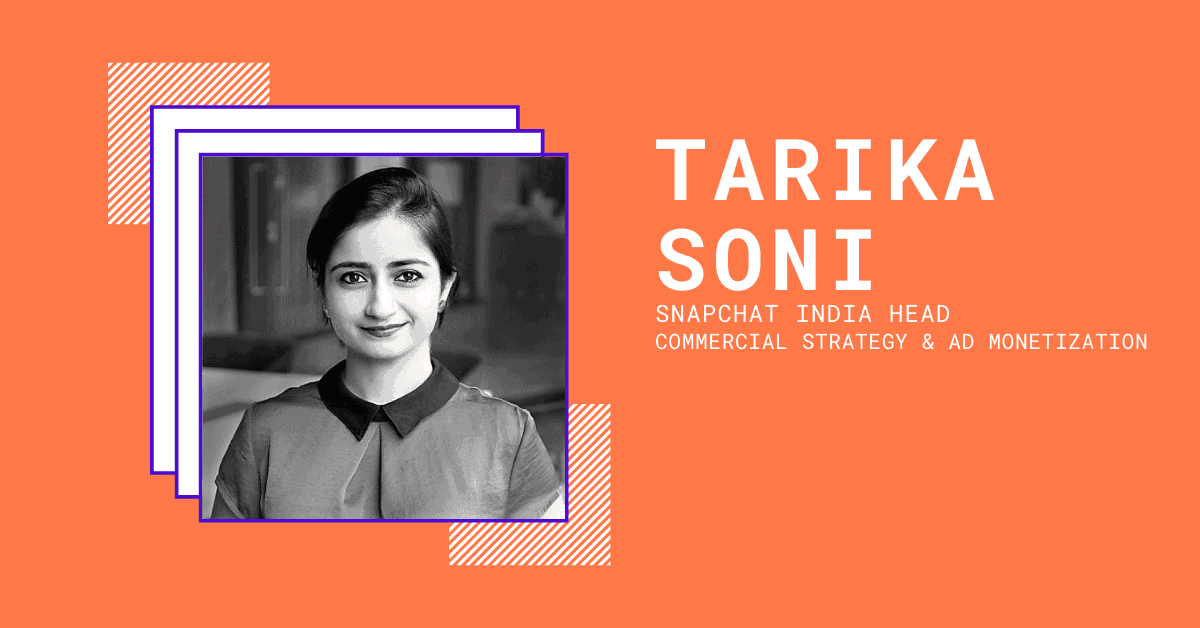 Tarika Soni – Meet the Woman Game-Changer of the Tech World

Being a woman is not a weakness, it’s the greatest asset and when more and more women start supporting each other, we will not be needing a Women’s Equality Day

These are the words of Tarika Soni, Snapchat India Head for Commercial Strategy & Ad Monetization.

Tarika holds multiple degrees from various prime Institutes of the world. After completing her course in International Business & Global Business Marketing from the University of Southern California, she went on to join J.L. Morison as the Assistant Brand Manager. She later switched her job from Morison to Tap Commerce and then to Twitter which gave her immense opportunities to grow and build her career. At present, she heads Snapchat India’s Commercial Strategy as well as Ad Monetization. 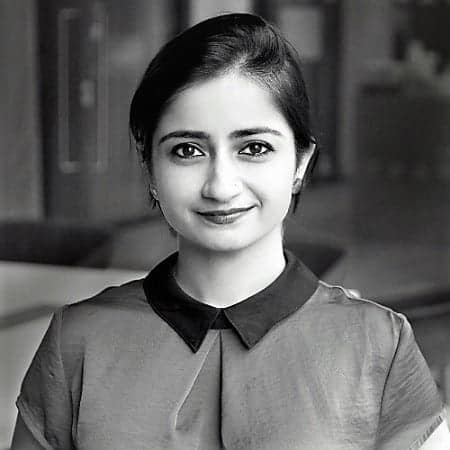 For years, women have determined career success by their ability to adjust to the male-dominated culture and business processes in their field. But for Tarika, her strong Indian roots and the early western exposure, has helped her to adapt seamlessly and succeed no matter the conditions.

One must be mindful of the audience they are dealing with in the tech world, which is mainly dominated by men and it is important to hold your own and not be overshadowed by men.

Over the years, Tarika has learnt that body language is extremely important to portray your confidence level, especially when you are a minority in the room. Actions like taking up more space in your chair and increasing the pitch in your voice can make a huge difference to make your point heard.

She has worked at diverse portfolios and over the last few years, she has settled in the digital world and made it her own. The Snapchat Head has put in her utmost best in learning the mobile industry, attending conferences and often putting herself into challenging positions to learn and better her skills. Learning, Tarika says, is a continuous process and there is always something that you can improve.

Always willingly standing up for equal rights of women, Tarika is doing her bit to promote women in her workspace.

Today when I hire people, I make sure that the input in terms of feedback reflects the output that we are generating. For example, the pipeline of candidates should have an equal mix of gender and ethnicity. The panellists who are taking the interview should have a healthy mix of male and female in order to hire the right candidate. Often the intention for change exists, but the execution is poor. One wants to hire more women in leadership roles, but the candidates are male-dominated.

Tarika would like this trend to change and encourage more women to come forward in the Tech-World.

One message that Tarika would like to convey to young dreamers out there is to gain inspiration from women leaders around the world, learn from them as well as get coached by them. She adds that “It’s never easy to stick out like a sour thumb in a male-dominated space but one must look at it as an opportunity to stand out and make your biggest weakness your biggest strength.”

Women must work on their optics with their body language and communication styles which goes a long way to portray their confidence level. It is not always about what you know, sometimes it is more about how you are perceived. It is of utmost importance to remember hard skills can be learnt such as computer coding and they are measurable but soft skills are hard to acquire and genuinely make you stand out.

Tarika is a shining example of what is possible if you dream fearlessly. She hopes that her journey will inspire many more to raise the bar and advises young readers to remember that if you wish to fly high, you must first learn to jump past the worries, regrets and fear of failure.

A Tale of a Corona Warrior – Dr Savita M. Sonawane